Written by Madison School of Healthcare On Monday, 31 October 2016. Posted in Stories 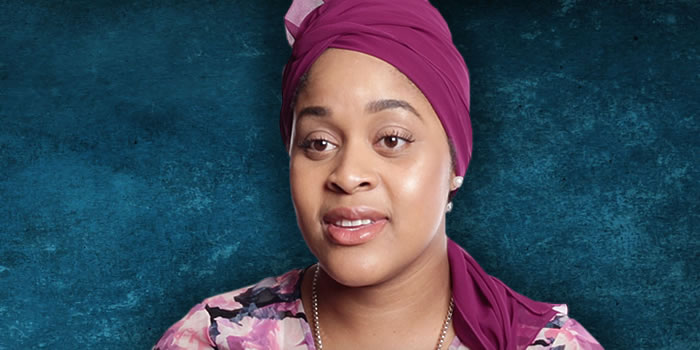 Her biggest motivation for going back to school was a simple one.

“I wanted to be a better person for myself and my family,” she said.

For Kiyon, finding a flexible online program that allowed her to work at her own pace was non-negotiable. At the time she enrolled, she was already busy taking care of her young daughter and pregnant with her second child. To say that she had a full plate would be an understatement.

But Kiyon pushed past her initial nervousness, which often comes with the decision to go back to school, along with the worry that she might not be able to balance it all, and started the program anyway.

“I wanted to do something and be a good role model [for my kids],” she said.

When asked how she managed taking care of her family and tackling coursework at the same time, she said with a laugh, “nap time. That was my study time.”

And when desperate times called for desperate measures, “at night sometimes I’d use my iPhone flashlight to read my textbooks,” she said.

But not only was her family the inspiration for pursuing her career goals, her family members were also her biggest cheerleaders along the way. Kiyon said she leaned on her family and her husband for support while she worked her way through the program.

And although it was difficult at times, Kiyon pushed through to complete the program and walk across the stage at Ashworth College’s graduation ceremony in August, 2016. Whenever she felt like it was impossible, she kept going.

This mentality not only helped Kiyon succeed in her studies, it also helped her score a new job directly after completing the program. She is now a patient service representative at a local hospital, and “very excited” to start this new chapter in her life.

When asked to give advice to other individuals who may be considering going back to school to pursue a healthcare career, she said to “just move forward. Keep pushing yourself and do it. You can get through it.”