Written by Madison School of Healthcare On Tuesday, 17 April 2018. Posted in Nursing, Stories 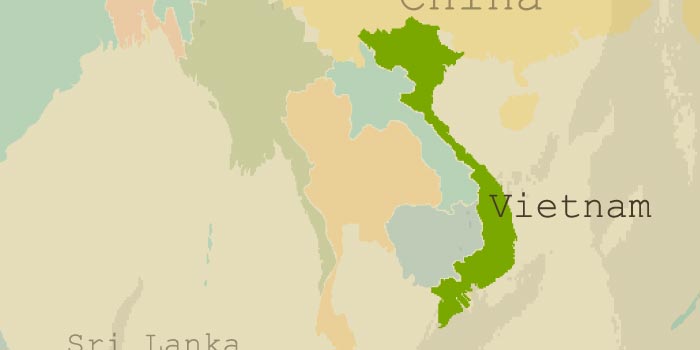 When Ysuing Nie immigrated to the U.S. from Vietnam at age 19, the only English he knew was how to say his name. Today, almost 20 years later, he is working toward his BSN degree with a view toward becoming a nurse practitioner–a goal he never thought was possible because of his background.

“Nursing was not my first choice of career,” Ysuing said. “Back home, my father was a doctor in the Vietnam War, but after I came to the U.S. in 1999 I was not a candidate for medical school because I lacked English language skills.”

Ysuing’s interesting route to nursing school started with Lutheran Family Services. Soon after arriving in the U.S. and finishing high school, he worked as a translator for the organization, which was helping a group of Hmong students navigate a certified nursing assistant (CNA) program. Ysuing attended classes with the group in order to translate for them. He said he learned so much during the program that he decided to take the board exam – and walked out as a newly minted CNA.

Five years later, with a solid work history under his belt, Ysuing decided to take the next career step: nursing school. It didn’t go so well at first.

“My first test, I only made a 50 [percent correct], and the school advised me to go for a different career,” he says today with a chuckle. “But I was able to prove I knew the material all right by passing oral exams, so my program worked with me to develop my written test-taking skills, and on my second test I got an 89. I don’t think I ever made less than that going forward.” 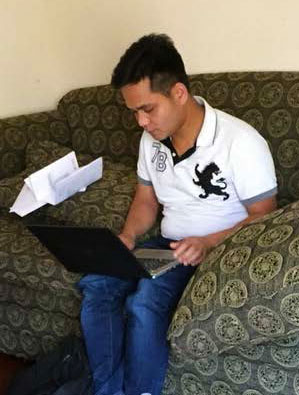 Today, in his RN to BSN completion program at Madison School of Healthcare, Ysuing said he has been able to improve his English skills even further, along with his nursing knowledge.

“Any program is hard for me, because English is my third language,” Ysuing explained. “My first language was Montagnare, and my second was Vietnamese. But the one-on-one support I receive through my Madison School of Healthcare program has really helped me develop my English skills. My instructors really take the time to give constructive feedback that allows me to improve my written English proficiency. I’ve not only learned important nursing concepts, but I’ve been able to grasp the APA format much better. This can only help me as I move forward to pursue a master’s degree later.”

Ysuing likes the self-directed aspect of the program, which allows him to work full-time, and he said the online nature of the courses does not present a barrier to learning. “The course organization is excellent,” he said. “It’s not hard to follow. And the grading is hard but fair. I get excellent feedback on my assignments that really helps me improve.”

On the career front, Ysuing is already seeing his hard work pay off. He enjoys his current job in an intermediate care facility but had found it difficult to get hired into an acute care position due to his lack of a bachelor’s degree. Once he started his BSN completion program, doors began to open.

“I just got hired by a major acute care hospital in my community, and I hope to rotate through several areas, including ICU, during my time there,” Ysuing said. “As soon as I added the Madison School of Healthcare/Ashworth College RN to BSN completion program to my resume, I was able to start getting interviews.”

“As soon as I added the Madison School of Healthcare at Ashworth College RN to BSN completion program to my resume, I was able to start getting interviews.”–Ysuing Nie

Thanks to his perseverence and ability to overcome obstacles, Ysuing is realizing his dream nursing career. He plans to complete his BSN by the end of this year, work for a few years, and then resume his education in pursuit of a nurse practitioner degree. If he originally thought his immigrant background and poor English skills might hold him back, today he feels very optimistic about his ability to achieve his goals.

“Ashworth College is one of the first colleges I know of to give people like me an opportunity to achieve our goals,” Ysuing said. “I feel if I can do this program, anybody else can, too. I tell other nurses all the time to give Madison School of Healthcare a try. It’s a great program.”